Divorced, beheaded, died; Divorced beheaded survived The fate of Henry VIII’s six wives Henry VIII was King of England, Ireland and Wales from 1509 to 1547, during his reign he married six times. Two wives were divorced, two executed, one died and one out-lived Henry. But why did he have so many wives? This article … Read more

Early Life Lady Jane Grey was born in October 1537. She was the eldest daughter of Henry Grey and Frances Brandon. Frances was Henry VIII’s niece, the daughter of his sister Mary and her second husband Charles Brandon. In 1544, King Henry VIII passed a new act of Succession that stated that his son, Edward … Read more

There were a total of six Tudor kings and queens, but only five of them were crowned. They are arguably the most famous and popular of  the British monarchs, ruling over a period of great change in culture, philosophy and religion. The Tudor kings and queens were devout, educated and powerful people. They promoted their … Read more

Jasper Tudor was the uncle of King Henry VII and played an important role in aiding his accession to the throne and the founding of the Tudor dynasty. Childhood Jasper was born in 1431 the third son of Henry V’s widow, Catherine of Valois and Owen Tudor, the keeper of her wardrobe.  Both he and … Read more

Catherine of Valois was the paternal grandmother of King Henry VII. Childhood Born on 27th October 1401, she was the daughter of King Charles VI and his wife Isabeau of Bavaria. Her father set about trying to secure an advantageous marriage for her soon after her birth.  At the age of three she was … Read more

Early Life Arthur Tudor was born to Henry VII and Elizabeth of York at St Swithun’s Priory, Winchester, on 20th September 1486. Arthur was named after the legendary King Arthur to reinforce the lineage of the new Tudor dynasty. He was also created Duke of Cornwall on the day he was born.  The Bishop … Read more

Early Years Margaret Beaufort was born on 31st May 1443 at Bletsoe Castle, Bedfordshire. She was the daughter of John Beaufort, Earl of Somerset and Margaret Beauchamp. Her father had fought a failed campaign in France and was about to be charged with treason. It is thought that Margaret’s father committed suicide in Spring … Read more

The Battle of Bosworth Field ended the Wars of the Roses. Henry Tudor was proclaimed King on the battlefield. The rule of the Plantagenets ended and the Tudor Dynasty began. Background In 1483, King Edward IV died. His son, Edward V was a minor and Richard Duke of Gloucester was made protector. Richard was … Read more 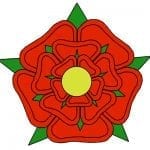